House Point Averages Per Pupil for This Week

Thank you to all parents/carers who were able to meet with each of their child’s subject teachers on Tuesday following the publication of their Assessment Tracker on Edulink. We are also appreciative of the feedback provided through the completion of the questionnaire and the free text comments. Parent/Carer views are important to us. Whilst we ask for feedback at every parent/carer evening, please get in touch should there be anything specific you wish to raise in the interim. Please refer to our contacts page.

With the cold spell we are experiencing, we remind pupils, parents and carers that hoodies are not permitted in school. As an extra layer of warmth, pupils can either wear their PE jumper or a plain blue round necked jumper under their blazer and a coat over their blazer.

We remind pupils, parents and carers that the school is closed to pupils next Friday, 27 January 2023 as it is an INSET Day and a letter has been sent today alerting parents/carers to the strike action taking place on 1 February 2023.

To celebrate World Religion Day on 15 January, pupils have been engaging with the concepts of harmony and tolerance.

During tutor time they have been exploring the golden rule, to treat others how you want to be treated. The world’s religions have different versions of this, but the meaning is the same.

Pupils wrote their own ‘Golden Rule’ for today’s world. Staff have also been taking part by working together to solve dingbats. These are made up of teachings from the world’s religions about why we need to be tolerant, understanding and accepting of each other, no matter what worldview we hold. Can you solve the dingbat which is a key Sikh teaching …A … A …H …A …E?

On Tuesday morning, Year 10 pupils were entertained by an amazing performance of A Christmas Carol. The theatre company consisted of only three actors who dynamically switched from role to role in an amusing version of the Christmas classic. All the pupils really seemed to enjoy themselves.

Today, Havant and South Downs College visited a group of Year 11 pupils to offer an insight into English Language and Literature A Levels. Pupils were able to gain more of an understanding of texts they may study and how their knowledge will be pushed even further at college. Pupils were engaged and inspired and asked lots of questions. 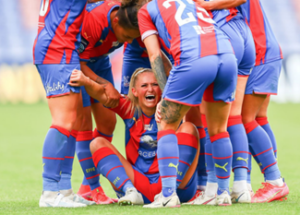 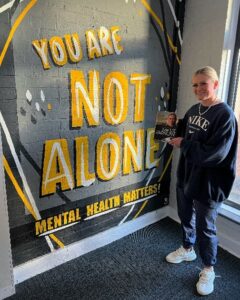 This week we welcomed back into school a former Cams Hill Pupil, Millie Farrow who left in 2012.

Millie was able to catch up with her former Head of Year, Mrs Newman, along with the other ‘old timers’ Mrs Holden and Mr Worthy.  She loved wandering the school to see how much it had changed since she left and was thrilled to see her name still on the board in the PE Department as one of the sporting greats in the school.

Millie delivered an assembly to Year 11 pupils and took part in a fabulous Q&A session with pupils who wanted to meet her after school.  Millie talked about her time at Cams Hill, some of the battles she had to face when at school with her mental health, and where life has taken her in the 10 years since she left; playing professional ladies’ football for Chelsea, Bristol and Crystal Palace and being in the England Under-19 and Under-23 squads.  Millie has had to overcome several challenges with injuries during her career but is doing well and is now off to the USA where she has been signed to play for North Carolina Courage which is one of the top clubs in the States.

Millie has written a book of the journey she has had since leaving school and it is published next month.  The book is entitled ‘Brave Enough Not to Quit’ and we will have a copy in our library for pupils to read.  Pupils listened in absolute silence to Millie and those who stayed after school asked her so many interesting and varied questions about her career and were in awe to hear who she had met and played football with.  Lots of photos were taken.

We thank Millie immensely for her time this week and we wish her well for her return to the States.  We look forward to seeing her back in November when she has promised to come and run some sessions with our pupils, particularly Mrs Newman’s Year 8 girls!

We are pleased to announce the conclusion of our Parent Governor election process. We received two applications for two vacancies; therefore, no ballot was required. We are thrilled to welcome Solent University lecturer, Vittorio Boccolini, and Technology and Business professional, Matthew Farmer, to our Governing Board. Both are parents of current pupils and bring some great experience and knowledge to the Board.