Credit Averages for this week

This week we held our second Enrichment Day of the year. Our pupils learned about various themes – Safety and Self-awareness in Year 7, Drugs, Alcohol and Healthy lifestyle choices in Year 8 which included input from the charity ‘No Limits’, The Holocaust in Year 9, Sex and Relationship Education in Year 10 and Exams Motivation and Life Skills in Year 11.

For Year 11 pupils the day included a motivational guest speaker, the legendary discipline coach Jim Roberson and it also offered a session on ‘How to unwind and mindfulness’ with many of our pupils participating in a session of TeenYoga.

The day was a resounding success; pupils were enthused and engaged with a really positive atmosphere across our school community.

Are you able to donate personal hiking equipment for our Duke of Edinburgh Expeditions?

To support our Duke of Edinburgh programme, the school is in need of personal hiking equipment for pupils to use on expeditions. We have enough tents and cooking equipment but need the items listed below.

If you are able to donate any of these items, please contact Mr Townsend via office@camshill.com. Thank you in advance for your support. 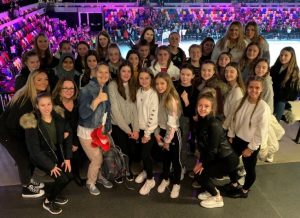 The first game was New Zealand v South Africa and the second, England v Jamaica. Although England lost by 4 goals it was a great match. The girls were an absolute pleasure to spend time with, and they sang the National Anthem proudly!

Mrs Holden may have sung a bit too loud and embarrassed a few. What a lovely experience for the girls and a huge thanks to Mrs Johnstone and Miss Dugan for coming with us.

Next time we will aim to get seats closer to the courts in the hope of collecting some autographs and getting on TV! Well done to Millie who spotted Tracey Neville and got her autograph!

Hospitality and Catering – Taste of Game 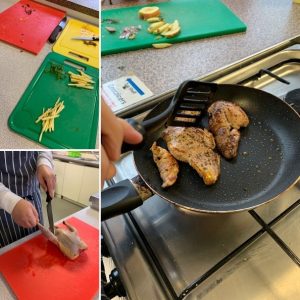 On Thursday 30 January, Year 10 and 11 Hospitality and Catering pupils spent an amazing morning with ‘Taste of Game Officer’, Matt Gisby. It was a brilliant opportunity for pupils learn about the rearing of game and to develop their skills.

Pupils gained an understanding of the nutritional benefits of game and how it can be used in a modern balanced diet and were able to prepare, cook (and eat!) a delicious pheasant bruschetta. Many pupils had not tasted game until this point, and it was thumbs up all round!

Year 11 Historians spent some time this week up at Fort Nelson working with the team from the Mary Rose. The curriculum-based trip focused on developments in surgery from Tudor times through to the 19th century.

Pupils enjoyed the trip and represented the school impeccably. The Mary Rose team commented on how impressed they were with our pupils’ knowledge. Well done team History!

GCSE Drama pupils, and a few brave volunteers, nervously entered the King’s Theatre to see the touring production of ‘The Woman in Black’. After much discussion of who was going to sit on the aisle seats, we were settled, and the play had begun.

The pupils were fascinated with the technical aspects of the production and how tension and fear could be created through sound, lighting and dramatic pause. After telling them that it wouldn’t be that scary, there were a few comments about never trusting Mrs Collins again but, on the whole, it was a very enjoyable trip and the buzz of excitement on the coach home and in the lessons to follow was infectious.

On Thursday 6 February, about 100 Years 9 and 10 pupils took part in the UKMT Mathematics Challenge, a national competition involving a 1-hour test with awards given for the top pupils within the school and across the country. They worked hard during the challenge and we await the results later this term. 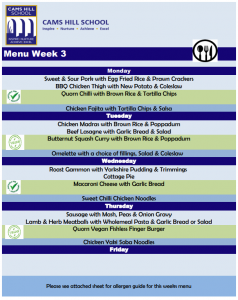