When it Rains it Pours!

We have had to contend with the awful weather this week and you can guarantee that the heaviest rain will fall at breaktimes and when the pupils leave for home. Pupils are always keen to spend time outside and particularly on the field this time of year but considering the weather we have had to close this on several occasions.

We thank pupils for their patience and ask that they be sensible around school avoiding the large puddles that quickly collect and urge them to bring a waterproof coat to school whilst the weather is so changeable.

We hope for sunnier and drier times soon, especially with Athletics at the forefront of the PE Departments schedule this term. There were several events this week affected by the weather, but we offer some information below about the Year 7 Hampshire School Athletics Association Track Knockout which took place on Tuesday.

The last whole cohort Year 11 GCSE Exam took place on Friday – the last time that the year group will be altogether and therefore prime time for the pupils to engage in the annual ‘shirt-signing’ and an opportunity to collect their ‘Year Book’. This is always an occasion of mixed emotion – “Do I want to leave? Don’t I want to leave?” as pupils move onto pastures new. Our continued best wishes to all pupils as we bid a fond farewell.

Our Bronze Award Duke of Edinburgh pupils had a great trip to Brockenhurst in the New Forest on Tuesday. Their orienteering skills have been honed for their upcoming 2-day, 1-night expedition. They all pitched their tents successfully and experimenting with their Trangia cooking sets, their food ranged from a Thai green curry to a pot noodle – but all were well fed!

Well done to all and now the hard work begins to plan their expedition which takes place in July.

The Year 7 girls had a change of day, with rain interrupting the event due to be held on Monday. With some last-minute changes to the team we loaded the bus with our eight competitors and set off along the country lanes towards Lord Wandsworth College in Hook for Round 2 of the Hampshire Schools Athletics Associations Track Knockout competition.

Competing against very strong athletics teams, we hit the digitally marked track for the five events of the afternoon. The team were amazing, running very tactical races, supporting each other throughout every step with a standout performance from Freya Evans as she won her A race in the 80m. Unfortunately, it is unlikely we have qualified for the final as the calibre of opponents was something to aspire towards. However, with some more training, who knows where this team can end up next season in the competition.

The Year 7 girls have cemented themselves as a solid athletic outfit in Gosport and Fareham, with a chance to show off their prowess in the upcoming Year 7 Gosport and Fareham Athletics Championships in two Wednesdays time, where individuals can be selected to represent the district in a competition in July. 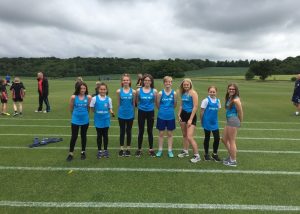 Next big weigh in is Friday 14 June and house points will be awarded.

Any more bottle tops handed in after this date going to help the Art department who are looking at producing a large-scale mural during the Activities Week which takes place during the summer holidays with our new Year 7’s.

Any kind of plastic lid will be accepted for the mural – coffee jar lids, toothpaste lids, household product lids, shower gel lids, laundry detergent lids, you name it, if its plastic the Art Department will use it – Marmite lids are also perfect!

The Art Department would also like any other donations of plastic containers, yoghurt pots/food trays and newspapers. If these could be taken by pupils straight to the Art Department that would be fabulous. They will be used and recycled as a part of Art projects.

We were super pleased the success of our Pay It Forward with Flowers campaign last week and delivered 80 roses with messages to pupils and teachers on Friday. Overall we raised £45 to be split between the house charities. We hope to run this initiative again at various point in the year and that it will grow from strength to strength. It was lovely to see the smiles on those who had received the flowers (mainly anonymously) as they knew that someone was thinking of them 😊

As the end of the summer term approaches, we would like to run another two-week period of donations to the Food bank.

Food can be brought in and donated from the 1 July, although the Food Bank box will be available before that. We know that they have been so grateful for the donations that they have received from Cams Hill so far and that some families really struggle over the school summer holidays; it would be fabulous for Cams Hill pupils to make a difference to the lives of families in the local area. 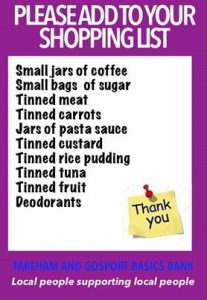 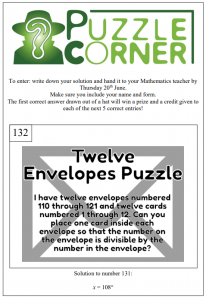 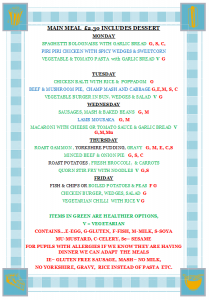