So we have arrived at half-term!

Our ‘new’ Year 7 pupils are beginning to look they have been here forever and our Year 11 pupils are gearing up for their mock GCSE examinations which take place after the half-term holiday.

We very much look forward to welcoming parents/carers of Year 9 to the Parents’ Evening taking place on Tuesday 30 October to meet with subject teachers.

Don’t forget Monday 29 October is an INSET Day, staff will be using this time to further develop department ‘Schemes of Learning and Assessment (SOLA)’ which inform our teaching for learning in the classroom.

We wish pupils a restful half-term break and look forward to seeing them next half-term.

The Art Exhibition was an enormous success last weekend which kicked off with a private view on the Friday evening. A mix of past pupils, parents, carers, professional artists and those with an interest in the creative pieces on display, made for a very special evening.

It was lovely to see many of the Year 11 pupils from last year after their first few weeks at college and to celebrate their Art, Photography, Textiles and Graphics work.

Feedback has been really positive and we thank those of you who were able to come along and support this new venture. Watch this space for another successful event next year. 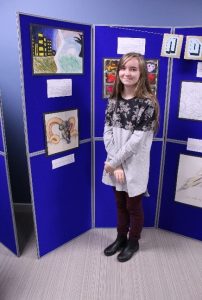 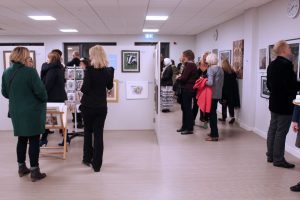 Another trip, another theatre

This week all of the GCSE Drama pupils took a trip to the New Theatre Royal in Portsmouth, to see ‘An Enemy of the People’. The show was a modern adaptation of the classic play by Henrik Ibsen.

The show was filled with excellent characterisation and emotion fuelled dialogue, as well as moments of comic relief.  A highlight was when the actors mingled with the audience during the interval, interacting in character.  A few lucky pupils were even invited onto the stage to have selfies with the cast!

The experience has not only given pupils a huge amount to write about for their live theatre evaluation question, but also a wealth of practical ideas that can be used in their own work. Initial feedback from pupils has been excellent and they are now looking forward to seeing Macbeth in February.

A group of Year 9 pupils and staff visited Belgium last weekend where they were able to reflect on the deaths of allied and German soldiers from WW1. They visited Battlefields in France (the Somme) and the memorials there. They also explored German trenches and the trenches at Paschendaele, where they could develop their knowledge of trench warfare. A visit to Lijssenthoek Cemetery offered the opportunity for one of our pupils to visit her Great Great Uncle’s grave. This is always a moving and poignant trip which pupils reflect on for some time. 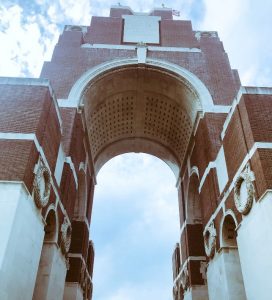 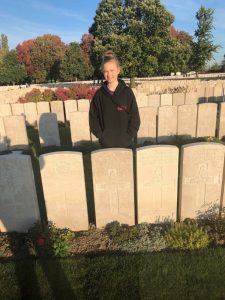 Year 7 Girls’ Netball A lost to Portchester B 9-0

Year 7 Girls’ Netball B lost to Portchester A 15-4

There is no puzzle corner this week! 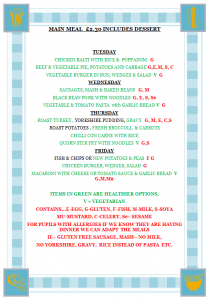