Thank you very much to the parents/carers who were able to come into school on Wednesday morning and evening and take part in the parent/carer forum which focussed on positive behaviour for learning and low level disruption in lessons.

The discussions have offered the school valuable insight from a parent’s perspective which will certainly fuel continued school improvement. For those of you unable to join us this time, do look out for other opportunities to join our parent forum sessions later in the year.

We welcomed back into school this week, our Year 11 2018 pupils to collect their GCSE certificates. Having left the school 5 months ago, it was lovely to catch up – to hear about college courses, apprenticeships and plans for the future. If you were unable to join us on Thursday, please do contact the school on office@camshill.com to organise a time to collect your certificates.

A group of Year 10 and Year 11 pupils took to the stage on Wednesday in London’s Apollo Victoria Theatre, the current home of the musical Wicked. Organised by the Music Department, pupils took part in a singing workshop led by the assistant musical director of Wicked. The pupils were taught some of the songs from the show, in the same style that new cast members would learn.
This trip was organised to support pupils with their GCSE Music where the signature song ‘Defying Gravity’ forms part of the assessment. It was a fantastic opportunity which culminated with the pupils watching the matinee performance of this wonderful stage show.

Winners of the Hampshire Girls Youth Under 12 League

This success has resulted in a promotion to the County League – a huge well done to all.

We just wanted to make you aware that we have been informed of a number of Snapchat groups that have been set up in recent weeks in which young people in the Gosport and Fareham area are being targeted with online abuse.

We ask pupils/parents/carers to be vigilant and we are directing pupils who find themselves the subject of abuse to report this directly to Snapchat.

Coming up this week ……

Themes to be covered:

Pupils will be participating in various topics including Road Safety, E-Safety and general Health and Safety around the school and at home. Pupils will also be learning basic CPR using the British Heart Foundations Call, Push and Rescue guidance. This is our second year of teaching our Year 7 pupils CPR after a resounding success last year.

Pupils will be spending the day looking at the dangers of ‘Drugs and Alcohol’. An external speaker will share with our youngsters factual information about different street drugs, including those most prominently used in Hampshire. Pupils will also attend a lesson on peer pressure and ‘The dangerous side to alcohol’

Pupils will spend the day in History and Religious Studies learning about the holocaust. Pupils will take part in various activities centred on the holocaust which will include pupils meeting and hearing a talk from a holocaust survivor. This is an incredibly insightful and moving day.

Pupils are going to study different elements of ‘RSE’ (Relationship and Sex education). They will be involved in various different lessons ranging from ‘pornography’, ‘HIV’ and Pregnancy through to Parenting and the costs involved in having a baby.

For the third year running we will be joined by the inspirational ‘Mr Beezy’ – an external motivational speaker who routinely works with Year 11 pupils in the run up to their exams. Pupils will also be involved in a wellbeing exercise to help with exam stress and an exercise session with the PE department to get their endorphins flowing.

Forty employers from across the region will be visiting Cams Hill to spend the morning holding mock job interviews with Year 10 pupils based on work they completed in tutor time before Christmas.  Interviews will be based around the skills and strengths individuals can bring to the workplace.  This is part of the ongoing CEIAG work that the school is delivering to pupils to equip them with essential skills to prepare them for their future once they have left Cams Hill School.

School is closed to pupils all day on Friday 25 January 2019 for staff training. Colleagues at Cams Hill School will be working collaboratively with colleagues in other local secondary schools and colleges to develop the Year 7 to 11 curriculum, schemes of learning and assessment and to take part in standardisation activities to ensure that marking of pupil work is accurate and consistent. 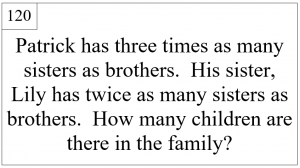 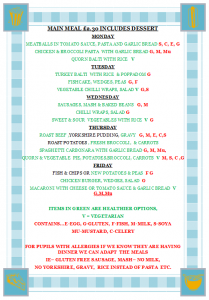